Classics Day Group to Discuss To Kill A Mockingbird 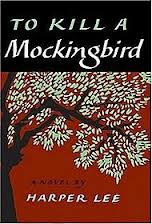 To Kill A Mockingbird by Harper Lee, published in 1960, was immediately successful, winning the Pulitzer Prize, and has become a classic of modern American literature. The novel is renowned for its warmth and humour, despite dealing with serious issues.  The narrator’s father, Atticus Finch, has served as a moral hero for many readers and as a model of integrity for lawyers.  The film earned an overwhelmingly positive response from critics, and was a box office success as well, earning more than 10 times its budget.  Our Classics Book Club, at Orange City Library, will talk about the book, author and movie at its next meeting on Thursday 20th June at 12.30pm.  Interested people are welcome to attend.

Check out the movie trailer http://youtu.be/Mi88P7KfaMA