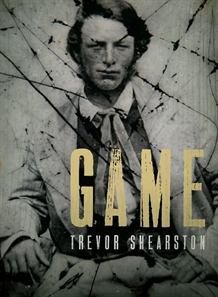 Described as “a moving and brilliant literary novel about the last days of legendary bushranger Ben Hall,” meet the author of Game, Trevor Shearston, when he visits Forbes and Orange Library on Friday 16th August.

The novel Game breathes life back into the legend of Ben Hall and confirms Shearston as one of Australia’s finest writers.

Shearston, a well-known folk singer on the circuit in the 1970s and 1980s, came to Ben Hall’s story through the songs written about him. ‘The songs created and maintained the legend of Hall the bushranger so powerfully that, after a century, the man himself had disappeared,’ says Shearston. ‘In writing Game I went looking for the man again, the husband and father, the brother, the friend, and perhaps for some answers to the seeming paradox of a decent man who chose to become a criminal.’