Celebrate Family History Week with afternoon tea at Orange City Library on Saturday 28 July from 2pm – 4pm.
Find out more about family history research, resources and Orange Family History Group at this event. This is for anyone interested in connecting with Family History
Please let us know you are coming along by calling 6393 8132. See you there!

To celebrate the National Year of Reading 2012, Central West Libraries will be hosting a 24 Hour Read starting on Wednesday, 12 September 2012 across the local government areas of Orange, Cabonne, Blayney, Cowra and Forbes.

The 24 Hour Read will capture the stories of people, schools, organisations and businesses reading in their own environment in 10 minute timeslots from 11am on Wednesday, 12 September 2012 to 11 am Thursday, 13 September 2012. END_OF_DOCUMENT_TOKEN_TO_BE_REPLACED

Alien Fiona called in to Storytime 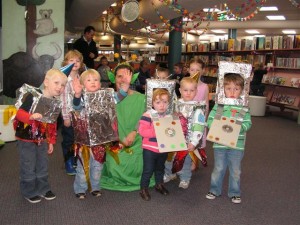 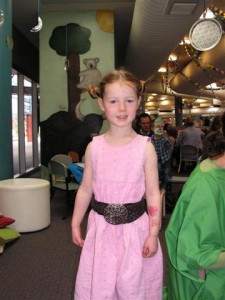 Ruby was inspired to dress as Princess Leia

Edward was dressed for a space adventure 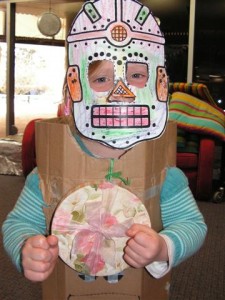 Alien Storyteller Fiona called into Storytime this week to read The Dog from Outer Space to an appreciative crowd of spacemen, robots, astronauts, moons and planets. Children and carers enjoyed dressing up to this theme and it continues next week too! at 11am Tuesday 31st July, and Wednesday 1st August and Thursday 2nd August at 11am and 2pm. Don’t forget to book your place on 6393 8132. 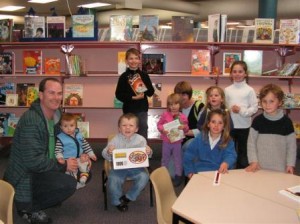 Congratulations to all our July winners. Everytime you read a book add a coloured link to the National Year of Reading Amazing Paper Chain and watch it grow………..This month’s winners are: Atticus McGuire, Damian Kirkness, Sebastian Merrell, Vicki Martin – Evie, Ava, Jack, Anastacia, Beatrix Merrell, Jack Judge, Siena Kirby, Billie Backus, Hebe Backus, Matilda Backus, Bailey Dickerson and Mary Collins. Well done and keep reading!! We’ll be asking everyone at the end of the year to guess how many links are the chain. Can you count how many there are now?

Prime Minister Julia Gillard and Arts Minister Simon Crean today announced the winners of the 2012 Prime Minister’s Literary Awards at a ceremony at the National Library of Australia.

Gillian Mears won the fiction award for her novel Foal’s Bread while the award for poetry went to Luke Davies for Interferon Psalms.

The young adult fiction category was won by Robert Newton for When We Were Two and the children’s fiction award went to author Frances Watts and illustrator Judy Watson for Goodnight, Mice!

Mark McKenna won the non-fiction award for his book An Eye for Eternity: The Life of Manning Clark and the Prize for Australian History was awarded to Bill Gammage for The Biggest Estate on Earth: How Aborigines Made Australia.

Now in its fifth year, the Prime Minister’s Literary Awards recognise and reward excellence in Australian literature and history.