A case of mistaken identity 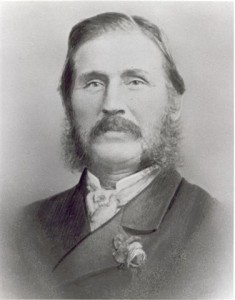 Imagine not once, but twice being mistaken for a bushranger and going on to become a sporting legend, successful businessman, hero, Orange City Mayor – twice, and all round good bloke as well.

Join us for this amazing story at the national launch of Mistaken Identity, The Trials of Joe Windred, by award-winning Australian author Stephen Dando-Collins. Discover the true story of the international escapades of past Orange Mayor Joseph Windred on Friday 24 August 5.30pm for 6pm start with Mayor John Davis to officially launch book. Bookings 6393 8132.

Then join us for a Conversation with Stephen Dando-Collins on the Changing Face of Book Publishing on Saturday 25 August at Orange City Library from 11am – 12 noon. Please RSVP to Ph: 6393 8132.

Come along for a conversation with award-winning Australian historical non-fiction author, novelist and children’s author of Caesar the War Dog, Stephen Dando-Collins.

For example, you will learn his latest US book, Taking Hawaii, has just been released by E-Reads of New York, exclusively as an e-book and print-on-demand paperback. And his novel The Inquest is currently a bestseller in Spain, as it was in Italy. See you there.