Masterchef and the 6 Bears 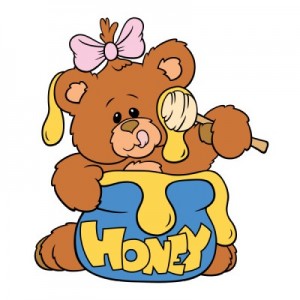 More from our Summer Reading Club – a modern twist on a classic bear story:

Masterchef and the 6 Bears

There was once a family of 6 bears.  Mum, Dad and 4 boy bears.  The 2 things the boys liked to do best was play footy and eat a lot.
The bear family went out late one afternoon for a quick kick of the football.  Mummy Bear watched and thought about what she would cook for dinner.
While they were gone a man and a lady knocked on the door of the Bear’s house because they had run out of petrol.  No-one answered.  The man and lady tried the door handle and the door opened because the bears forgot to lock it.  They decided to go inside.
Even though they had done the wrong thing going into someone’s house, they were polite and sat down on the big comfy lounge without touching anything else.
They got bored and turned on the TV.  Masterchef was on.  They got hungry and decided to cook a feast.
When the bear family got home, they were surprised to find two nice people in their house.  They were happy to have so much yummy food to eat.