The Broken Shore on ABC TV 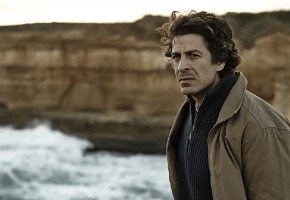 Watch The Broken Shore on ABC TV Sunday night (2nd Feb 8.30pm). It is based on the novel by Peter Temple which features a crime and witty dialogue. The main character is Joe Cashin, a Melbourne homicide detective. Following serious physical injuries he is posted to his hometown where he begins the process of rebuilding the old family mansion and his physical and mental strength. Against a background of family tragedy, politics, police corruption and racism, he investigates the death of a wealthy local man, Charles Burgoyne. His closest friend and police superior is Villani, who is the central character of the award winning novel Truth, again by Peter Temple (read that one too!)