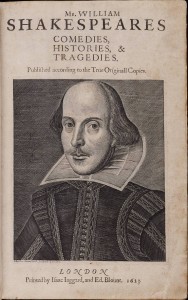 Shakespeare was born in Stratford-upon-Avon, Warwickshire, in 1564 on 23 April . Very little is known about his life, but by 1592 he was in London working as an actor and a dramatist. Between about 1590 and 1613, Shakespeare wrote at least 37 plays and collaborated on several more. Many of these plays were very successful both at court and in the public playhouses. In 1613, Shakespeare retired from the theatre and returned to Stratford-upon-Avon. He died and was buried there in 1616.

Shakespeare wrote plays and poems. His plays were comedies, histories and tragedies. His 17 comedies include A Midsummer Night’s Dream and The Merry Wives of Windsor. Among his 10 history plays are Henry V and Richard III. The most famous among his 10 tragedies are Hamlet, Othello, and King Lear. Shakespeare’s best-known poems are The Sonnets, first published in 1609. Happy 450th William!