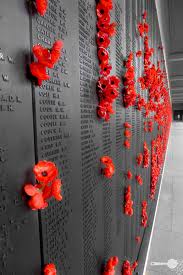 Anzac Day commemorates the landing of the Australian and New Zealand Army Corps (ANZAC) soldiers at a small cove on the Gallipoli Peninsula in Turkey, on 25 April 1915.

When World War One broke out in 1914, Australia had been a federal commonwealth for just 13 years and was eager to establish its standing among the nations of the world. Newly elected Labor Prime Minister, Andrew Fisher, pledged 20,000 Australian troops to support Britain in the war. These men formed the Australian Imperial Force (AIF) and became part of the proposed Gallipoli campaign, the aim of which was to capture the Gallipoli peninsula and open the Dardanelles, thus uniting the Allies and providing access to the Turkish capital, Constantinople.

Read more about the 1,816 servicemen and women who signed up from Orange and the surrounding district on our WWI  blog http://www.centenaryww1orange.com.au/

We will remember them