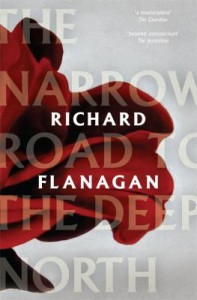 WooHoo! Richard Flanagan announced as the winner of the 2014 Man Booker Prize for Fiction for  The Narrow Road to the Deep North, published by Chatto & Windus.   The Tasmanian-born author is the third Australian to win the coveted prize which, for the first time in its 46-year history, is now expanded to include entries from writers of all nationalities, writing originally in English and published in the UK. He joins an impressive literary canon of former winners including fellow Australians Thomas Kenneally (Schindler’s Ark, 1982) and Peter Carey (Oscar & Lucinda, 1988 and The True History of the Kelly Gang, 2001). Read more on the Man Booker website: http://www.themanbookerprize.com/feature/narrow-road-deep-north-2014-man-booker-prize-winner