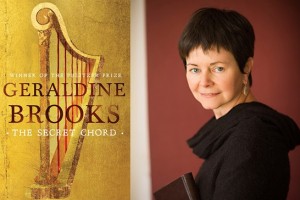 New in to the chart this week at number 6 is the compelling new novel from the Pulitzer Prize winning Australian author Geraldine Brooks, best known for March and Year of Wonders. The Secret Chord is a new telling of the classic biblical tale of King David, his rise to power and fall from grace. Also new in is the collection of adventures from A Games of Thrones author, George R R Martin – A Knight of the Seven Kingdoms has entered the chart at number 9 this week. The Top 10 List thanks to Better Reading:

The Girl in the Spider’s Web by David Lagercrantz (Hachette)

Make Me by Lee Child (Bantam)

A Few of the Girls by Maeve Binchy (Hachette)

A Knight of the Seven Kingdoms by George R. R. Martin (HarperVoyager)