Songlines Puppet Dreamtime Stories: create a puppet show using dreamtime stories from the library and our fantastic collection of puppets. For ages 5 to 15 years. To be held on Wednesday 6th July from 10am to 12 noon. Bookings call 6393 8132. 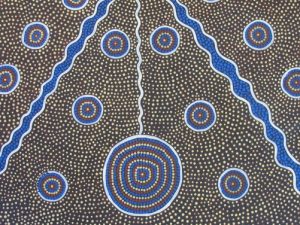 Songlines – Places of Meaning, Pictures of Place: Create paintings of places that have significance to you, using indigenous art styles. All materials are provided but you’ll need to bring a paint shirt. For ages 5 to 15 years. Parents will need to stay with children who are 10 and under. You can bring along examples of Wiradjuri art symbols or share your knowledge. To be held on Wednesday 13 July from 10am – 12 noon. Bookings call 6393 8132.

Great line up of writers at this year’s Readers and Writers Festival Saturday 9th July $60:

Check out the Full Program

Caroline Overington is an Australian writer and journalist. She has written eleven books, including Last Woman Hanged, which won the Davitt Award for True Crime Writing in 2015.

Caroline has also profiled many of the world’s most famous women, including Oprah Winfrey and Hillary Clinton. Caroline has twice won Australia’s most prestigious award for journalism, the Walkley Award for Investigative Journalism; she has also won  the Sir Keith Murdoch award for Journalistic Excellence; and the richest prize for business writing, the Blake Dawson Prize.

Her books have earned critical and commercial success: Caroline’s second novel, I Came To Say Goodbye, was short-listed for both Book of the Year, and Fiction Book of the Year, at the 2012 Australian Book Industry Awards. Her latest book is a witty and clever psychological thriller called The One Who Got Away. Meet Caroline at the Orange Readers and Writers Festival Saturday 9th July http://tinyurl.com/ReadersWritersFestival

Refugee Week aims to raise awareness about the issues affecting refugees and celebrate the positive contributions made by refugees to Australian society.  The theme for Refugee Week is “With courage let us all combine”. Taken from the second verse of the national anthem, the theme celebrates the courage of refugees and of people who speak out against persecution and injustice. See the Orange Social Justice Group – Amnesty International display at Orange City Library.

If psychological suspense thrillers are your thing then come along to the Orange Readers and Writers Festival to hear keynote speaker and author Caroline Overington. Caroline is a two-time winner of the Walkley Award for investigative journalism, and a past winner of the Sir Keith Murdoch Award for excellence in Journalism, the Black Dawson Prize, and the Davitt Prize. She has written 11 books including this year’s thriller, The One Who Got Away. A former foreign correspondent based in New York and LA, Caroline now lives in Bondi.