It’s History Week and this year’s theme is The Great War. Researchers at Orange City Library are hard at work delving into the stories of the WWI servicemen and women from the area and posting their findings on the Centenary of WWI blog http://www.centenaryww1orange.com.au/

To date they have identified 1, 827 local service men and women, 209 of whom failed to return home, having being killed in action or died of disease. There were 25 women from the area who served as nurses, and at least seven indigenous service men.

The Centenary of World War I in Orange project is being led by a community committee which includes representatives from Orange City Council, Central West Libraries, the Orange and District RSL, sub-branch and the local community.

A large crowd enjoyed learning more about the men and women of WWI at the Orange and District Historical Society History Alive Talk held on Wednesday night. Librarian Trudi Mayfield showed guests the WWI Blog, outlined research behind some of the stories including the youngest enlisted recruit from Orange Ernest Powter who signed up at age 15. Fellow guest speaker local author Michael Caulfield spoke about the research undertaken for his book The Unknown ANZACS and the importance of recording our history. Thank you to everyone who came along.

And so it began. Today marks the 100th anniversary when Britain declared war on Germany. Australians rushed to enlist with enthusiam. About 416,000 men and women enlisted, 60,000 were killed, a further 156,000 were wounded, gassed or taken prisoner. They served at sea, on land and in the air as soldiers, sailors, airmen or nurses.

For more info about the war and stories of Orange servicemen and women go to www.centenaryww1orange.com.au and facebook page www.facebook.com/CentenaryOfWorldWar1Orange

We will remember them.

Want to preserve family history? Join in this workshop as part of Seniors Week. Presented by staff from the National Archives of Australia and Orange City Library, the workshop is an opportunity to commemorate the centenary of World War 1.  It will be held on Wednesday 19th March from 2pm – 4pm. This workshop is designed to focus on research of the service records of the men and women who served in the armed forces during WWI. Participants are encouraged to bring along one or two objects or photographic memorabilia to prompt research direction.  Admission is free, but please book your place by calling the Library on 6393 8132. See you there!

Thank you to everyone who came along to help Michael Caulfield launch his latest book The Unknown ANZACS at Orange City Library. Here are some photos from the night: 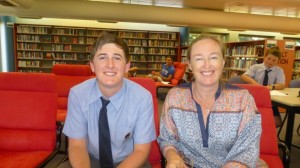 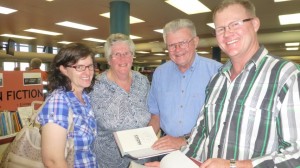 Louise, Joan, Barry and Tim Dean chuckle at the author’s signed messages in their books 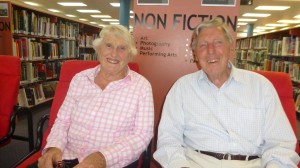 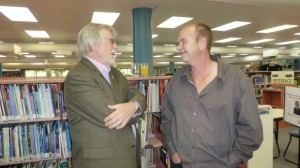 Author Michael Caulfield chats to Ray Vanderby at the launch

Guests inspect copies of the book The Unknown ANZACs at the launch. The event was also supported by Collins Booksellers, of Orange.