Pageturners meets on Wednesday 11th April at 5.30pm to discuss The Cage by Lloyd Jones. Two mysterious strangers appear at a hotel in a small country town.  Where have they come from? Who are they? What catastrophe are they fleeing?  The townspeople want answers, but the strangers are unable to speak of their trauma. And before long, wary hospitality shifts to suspicion and fear, and the care of the men slides into appalling cruelty.  Lloyd Jones’s fable-like novel The Cage is a profound and unsettling novel about humanity and dignity and the ease with which we’re able to justify brutality.

Lloyd Jones has written novels, short stories and a memoir. He won the Commonwealth Writers’ Prize and was shortlisted for the Man Booker Prize for his novel Mister Pip. His other books include Hand Me Down World and A History of Silence. Lloyd lives in Wellington, NZ. For more information and reviews go to the Pageturners Blog.

Meet Eleanor Oliphant: She struggles with appropriate social skills and tends to say exactly what she’s thinking. Nothing is missing in her carefully timetabled life of avoiding social interactions, where weekends are punctuated by frozen pizza, vodka, and phone chats with Mummy. All this means that Eleanor has become a creature of habit (to say the least) and a bit of a loner.

Eleanor Oliphant Is Completely Fine by Gail Honeyman is the story of a quirky yet lonely woman whose social misunderstandings and deeply ingrained routines could be changed forever—if she can bear to confront the secrets she has avoided all her life. But if she does, she’ll learn that she, too, is capable of finding friendship—and even love—after all.

This is the book for discussion for the March Pageturners meeting to be held on 14 March from 5.30pm. Please RSVP on Eventbrite.com.au 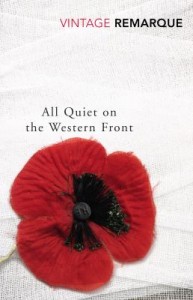