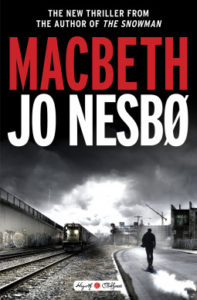 Pageturners had a lively discussion this month about Macbeth by Jo Nesbo. It is one of the books in the Hogarth Shakespeare series where well-known writers are asked to re-imagine a Shakespeare tale.

The next read will be the classic Wuthering Heights by Emily Bronte on Wednesday 11th July at 5.30pm.  It’s Bronte’s masterpiece about Cathy and Heathcliff – a tale of love and revenge on the Yorkshire moors and so much to talk about.